From port to port with Thorvaldur Eiriksson. When the Wingliner system came out, it changed everything. And in Iceland even a bit more. Because if you want to survive here, you have to be able to withstand exceptionally harsh weather conditions. This applies equally to truck drivers and trucks. 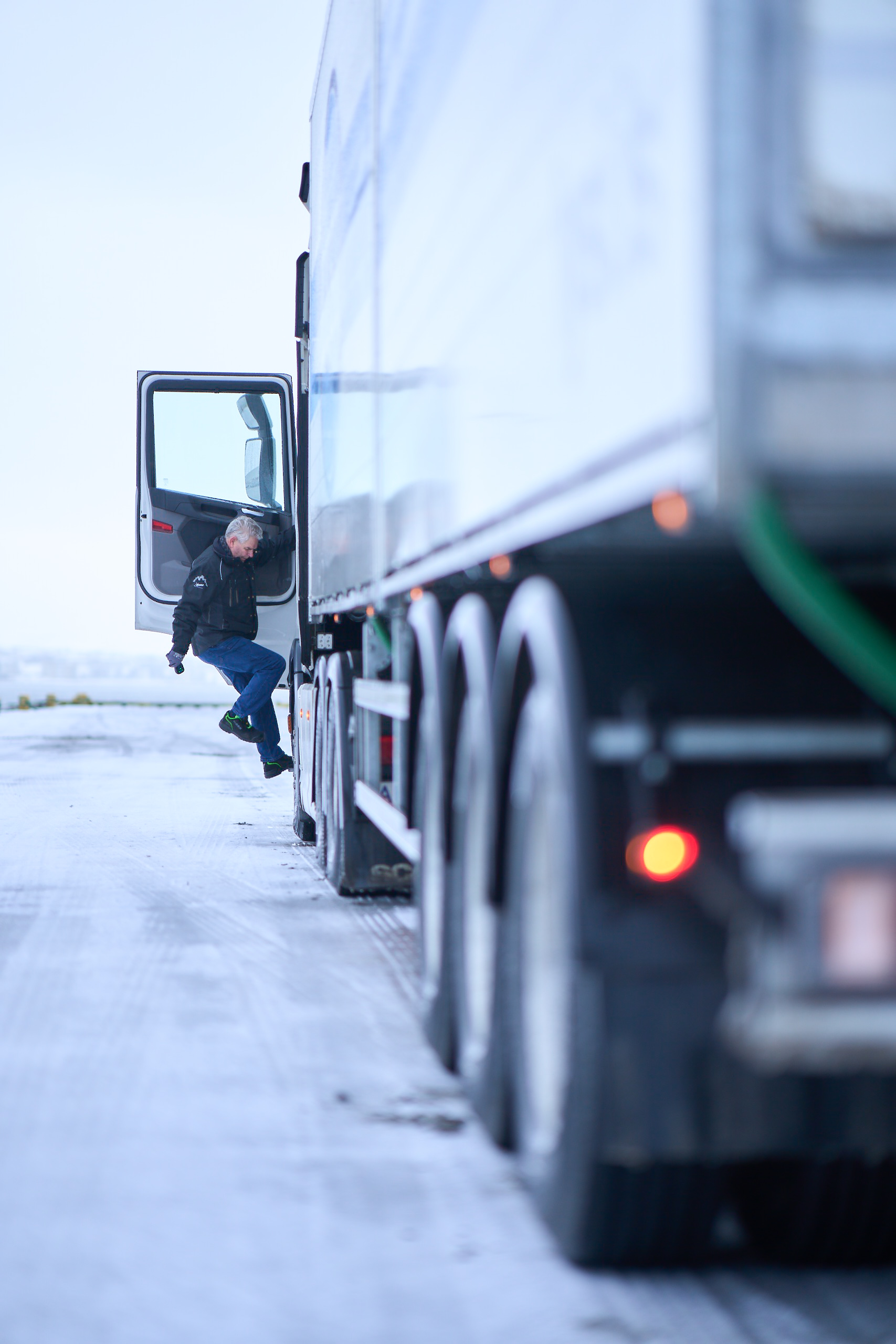 Wingliner trucks have been on Iceland's roads for more than 25 years. To say that a lot has changed since then would be quite an understatement. But one thing has remained the same since then: Wingliner products still make life much easier for drivers in the rough weather of the far north. Thorvaldur Eiriksson is one of them. Thorvaldur delivers fish. Fresh and reliable, of course. His Wingliner has insulated side panels for optimal temperature control and a floor outlet to meet the highest hygiene standards.

So you could say that a fish is only as good as the Wingliner it comes with. Seen in this way, the fish has always gotten a little bit better over the last two and a half decades. Because the Wingliner trucks were initially controlled with buttons directly on the body, later by remote control and today even optionally via a dedicated app on the smartphone.

The constant further development is one of the great strengths of the Wingliner system and leads to a technological advantage that the entire industry appreciates. 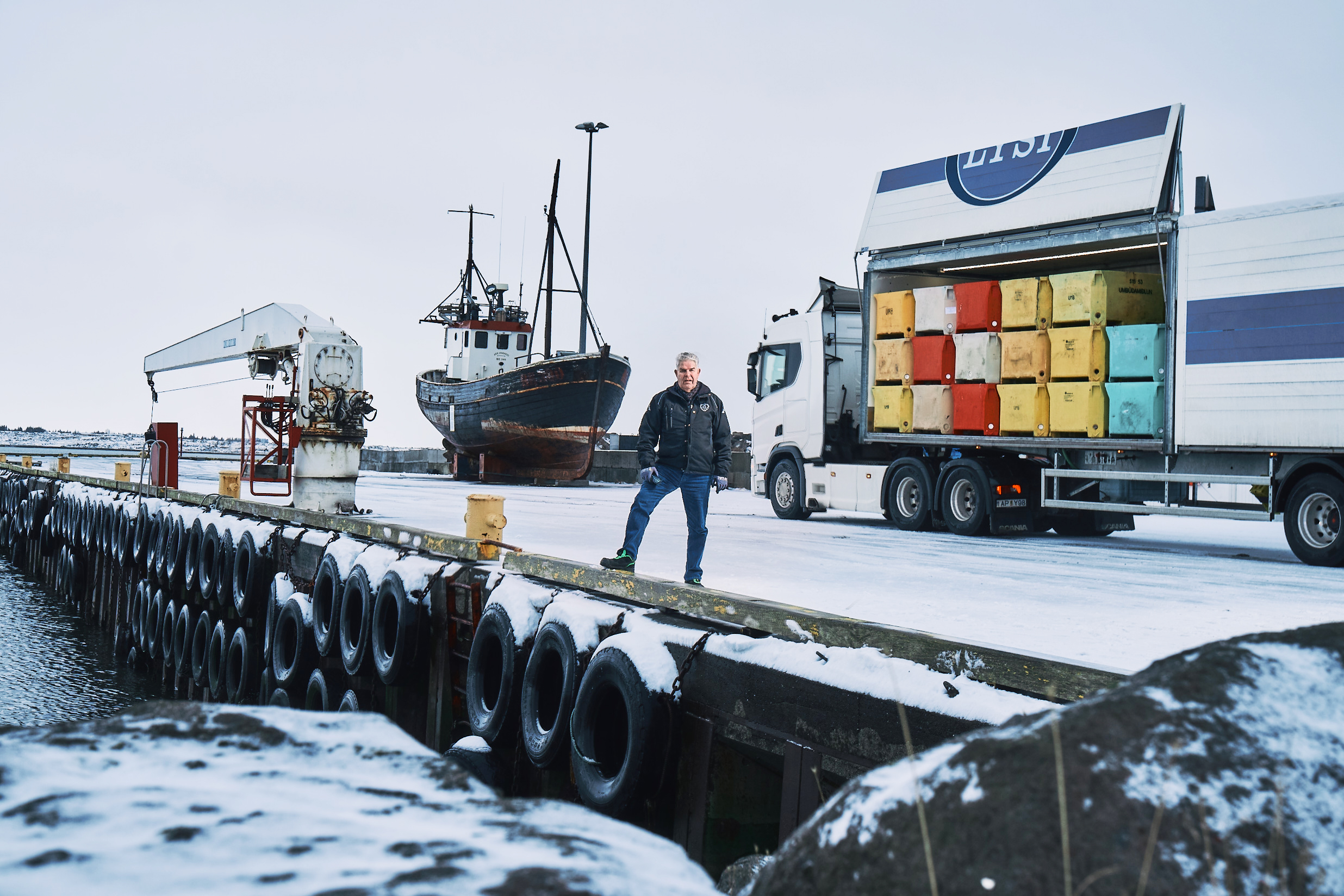 This is particularly true in Iceland, where trucks are used in a more diverse way than anywhere else. Here it is completely normal that you transport many different types of goods on your tour within one day. For example, a delivery of wood from A to B, followed by food from B to C, and so on – to the end of the alphabet. But even if you go from port to port like Thorvaldur and only deliver a certain category of goods, the advantages remain the same.

A push of a button is enough and the Wingliner system is opened, the forklift can get to work immediately. “The handling when loading and unloading is therefore much easier and more efficient. You save ten to fifteen minutes each time. With ten trips a day, you get two hours that you can use for other things," says Wingliner Managing Director Johann Strasser, adding:

"We're more expensive, which puts some people off at first, but the time saved quickly recoups the investment." The current number of around 500 active Wingliner trucks in Iceland alone is the best proof of this. 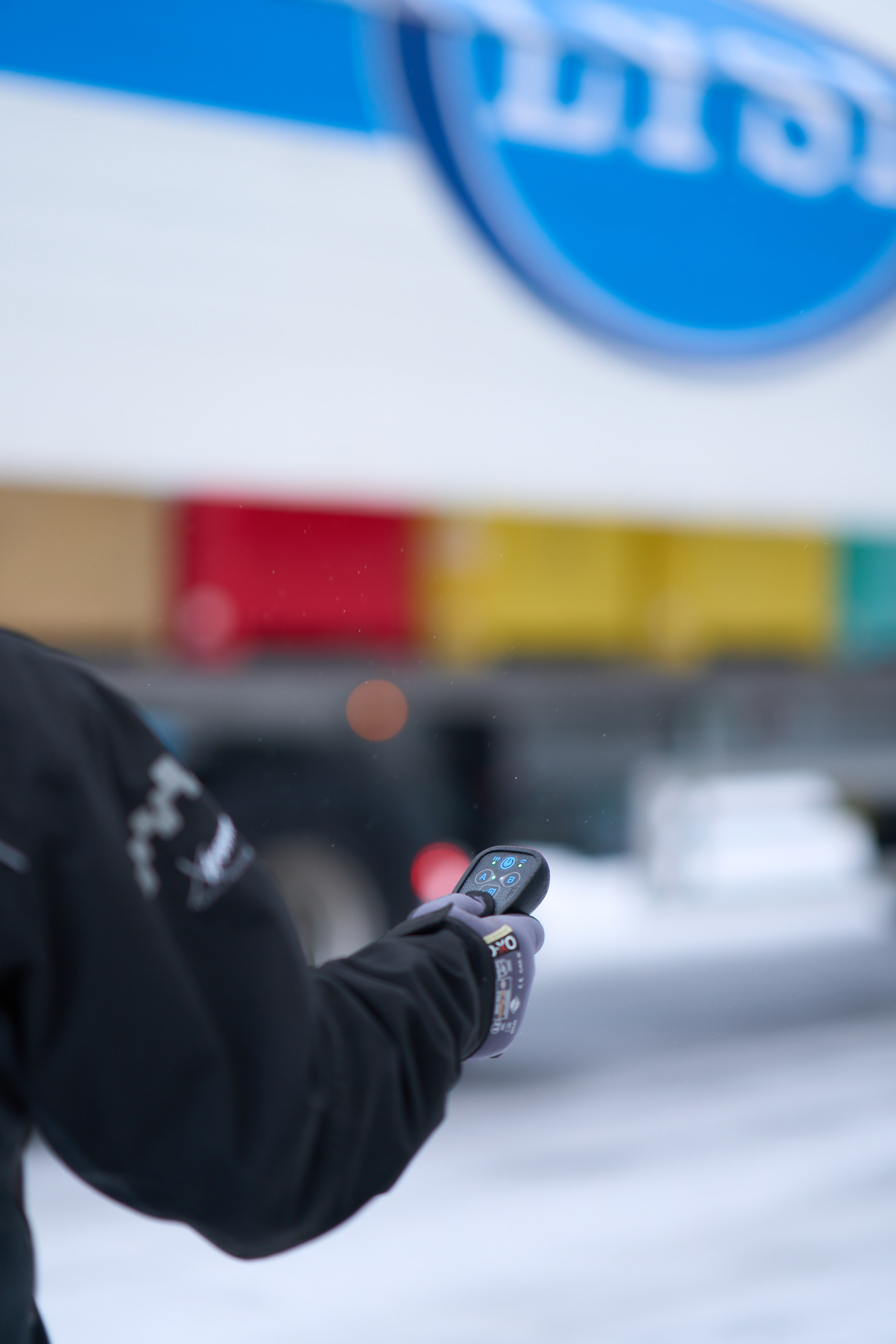 With new, innovative ideas, there could be even more, if Johann Strasser has his way: “What we want to do more and more in the future is digital advertising, which is also becoming more and more popular in Iceland. Our Lorrygram with its screens integrated into the side walls is made for it. Especially at night because it's often dark here." However, the main arguments for the Wingliner bodies are and will always be speed, safety and comfort. This applies all over the world, but especially in Iceland, where strong winds and cold conditions characterize the drivers' daily work and also make it dangerous. 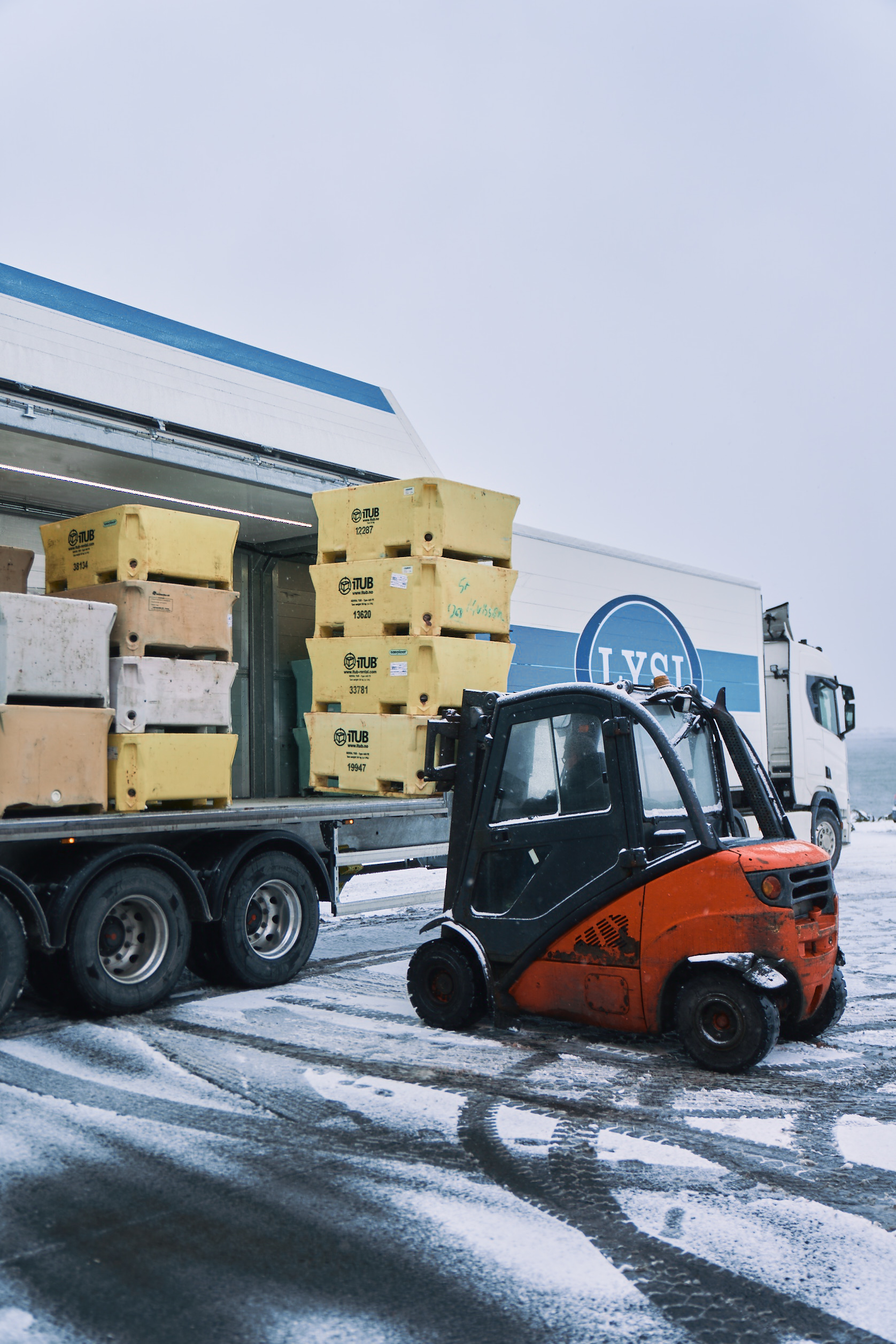 You can be happy if you have to handle a tarpaulin in windy weather and only lose time in the process. With a Wingliner, a driver no longer has to leave the vehicle cabin to open the body. A push of a button on the remote control is enough. And during the time they have to spend outside, they are protected from rain and gusts of wind under the roof of the side wall. That's exactly what Thorvaldur Eiriksson and hundreds of other riders love in Iceland, where comfort is extremely important. You could also say that with Wingliner, drivers feel the way they should while working: like a fish in water. 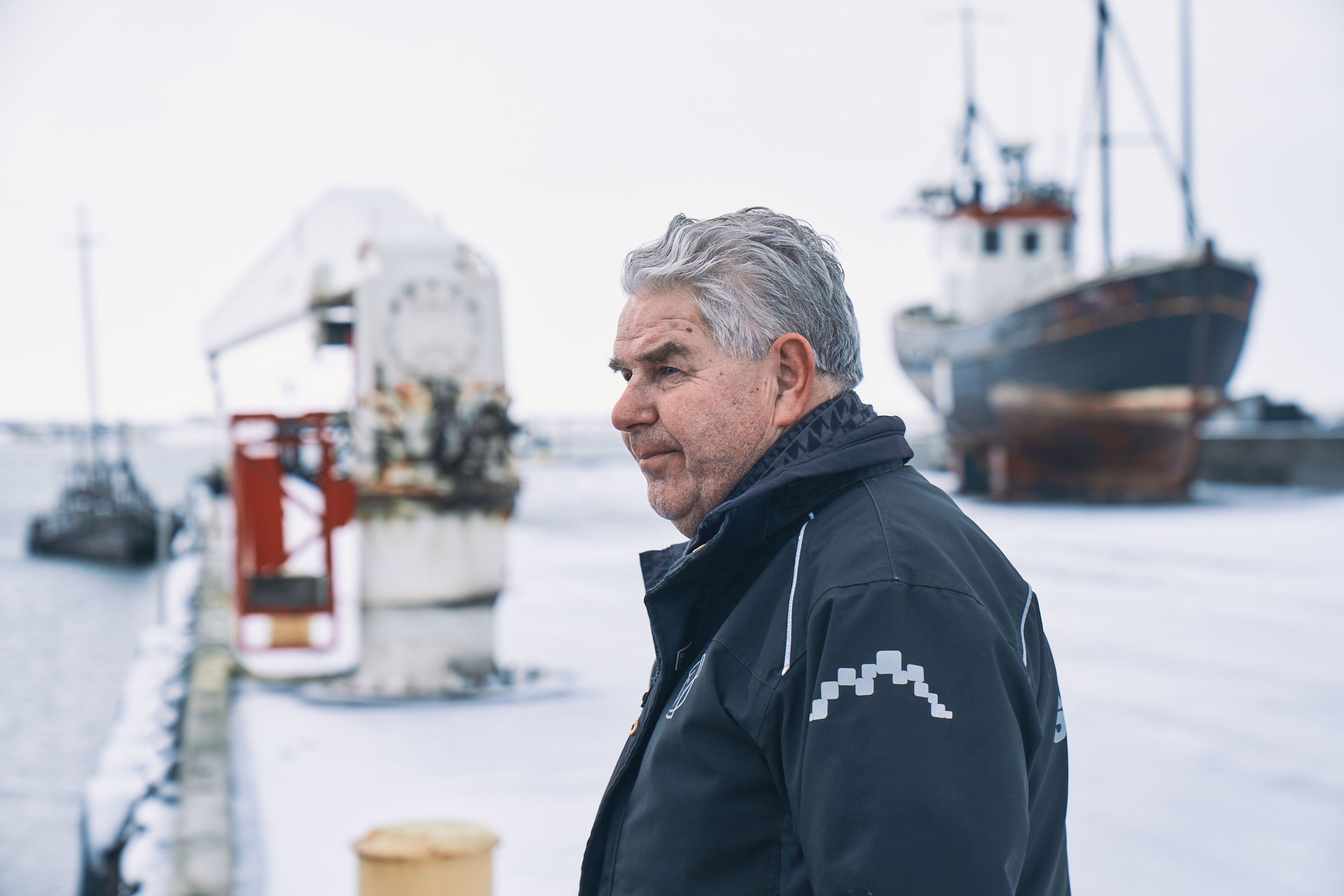