Doing the rounds with beer truck driver Heinz Inzinger. Heinz Inzinger has been driving for the Brau Union for 30 years straight – with a ceaseless dedication and passion, just like on his first day and eversince; and he’s not thinking about quitting anytime soon. Thanks to his Wingliner truck, he won’t have to. 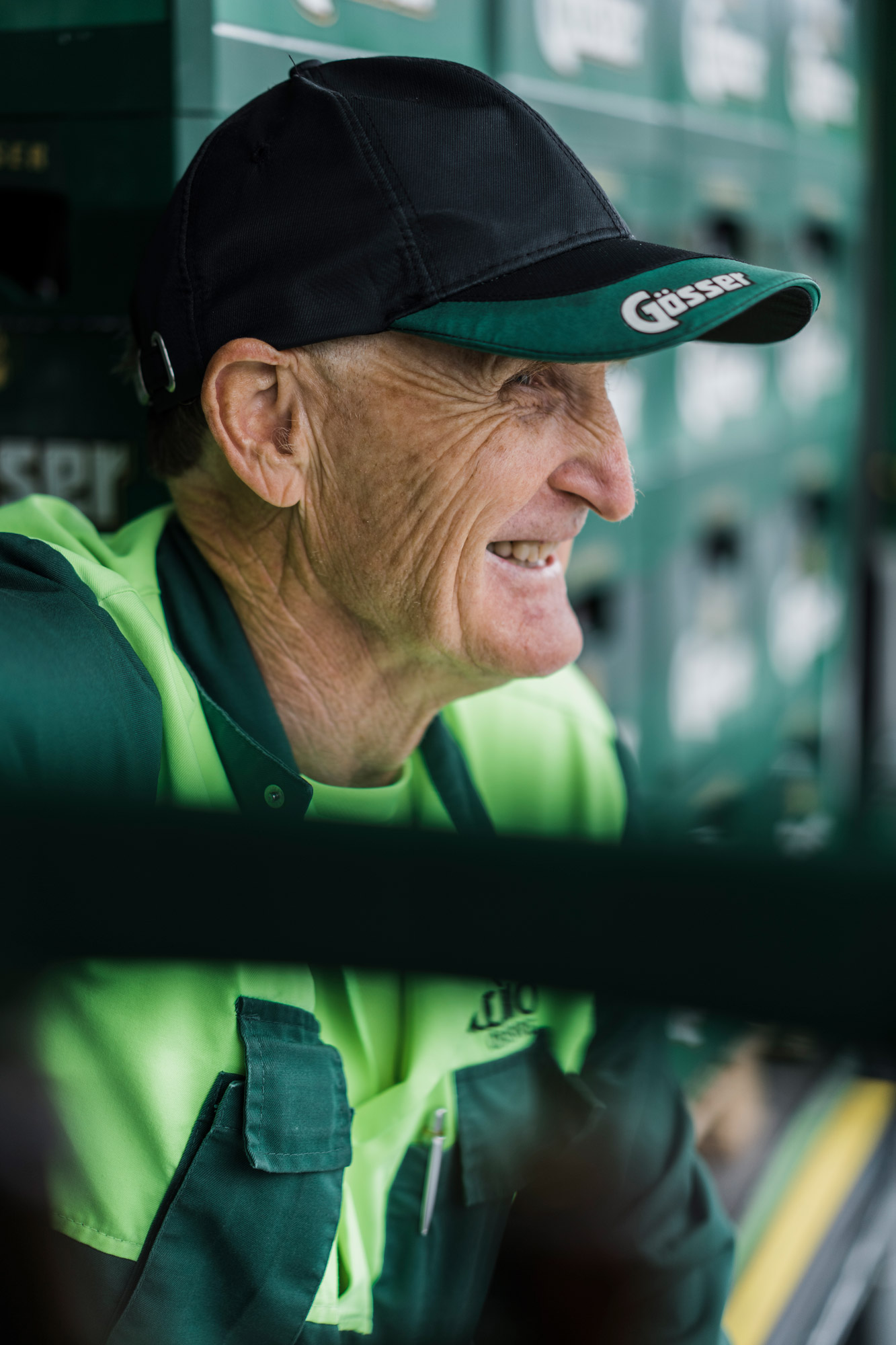 In his three decades as a trucker, Heinz Inzinger has seen a lot – and loaded a lot more. So much so, that he almost had to stop a few years ago due to the strain. However, now the question is more like how many more decades can he keep on going.

“Without Wingliner, I could no longer do my job”, Heinz Inzinger sums it up. It needs to be mentioned that he goes about his job with the greatest devotion. To such an extent, that, in one instance, acquaintances and friends didn’t even recognize him at first, wearing his casual clothes instead of his work gear. So it’s no wonder that many people simply know him as “Bierfiahra” (Austrian dialect for ‘Beer Driver’) - and everyone knows who is meant. His brother was already a driver for the Brau Union when Heinz himself joined the team and began his career as a driver in 1991.

The fact that he is still there today at the age of 59 and not slowing down in the slightest is incredible for a couple of reasons; on one hand, truck driving and delivering beerare incredibly physically demanding, even for young people - and on the other hand, even after such a long time, he’s still just as motivated as ever. This is mostly thanks to the innovative truck body from Wingliner, which massively lightens the load at the most crucial points in the job. “It saves time and energy,” says Heinz Inzinger, who knows what he’s talking about.

“On an average day, a total of more than ten tonnes are moved. I used to manually lift the 70 kg kegs down individually. With the hydraulic platform
of the Wingliner system, I can now lift up to 1000 kg at a time.” 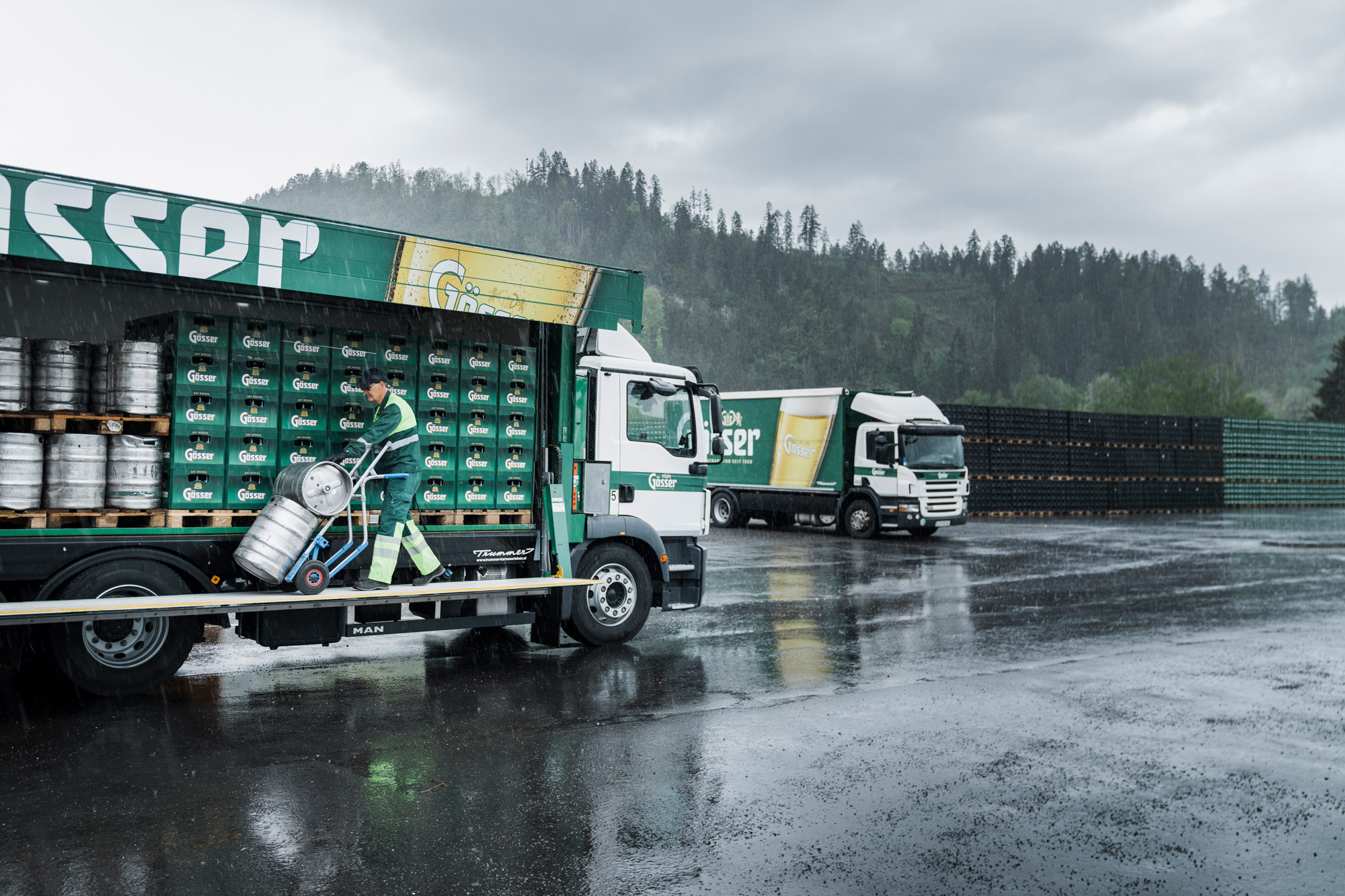 In addition, due to the robust construction of the system, maintenance work is very rarely required. Whereas, clean hands – whether for the pub or customer contact – are now standard practice due to the automated controls. The fact that you can also make a roof with the side wall that keep both the beer and Heinz dry in bad weather? Well that just tops things off like the perfect head on a beer.

When Heinz Inzinger started driving a Wingliner truck a few years ago, he was one of the first ever. There are now 150 Wingliners in use at the Brau Union and this number is growing. On his tour, which begins in Leoben, he not only supplies retail but also many pubs. Some of the pubs are run by the third generation - and he knows each and every single one of them..

“The contact with people is very important to me. If old customers still remember me after a long time, then I know that I made a good impression.” 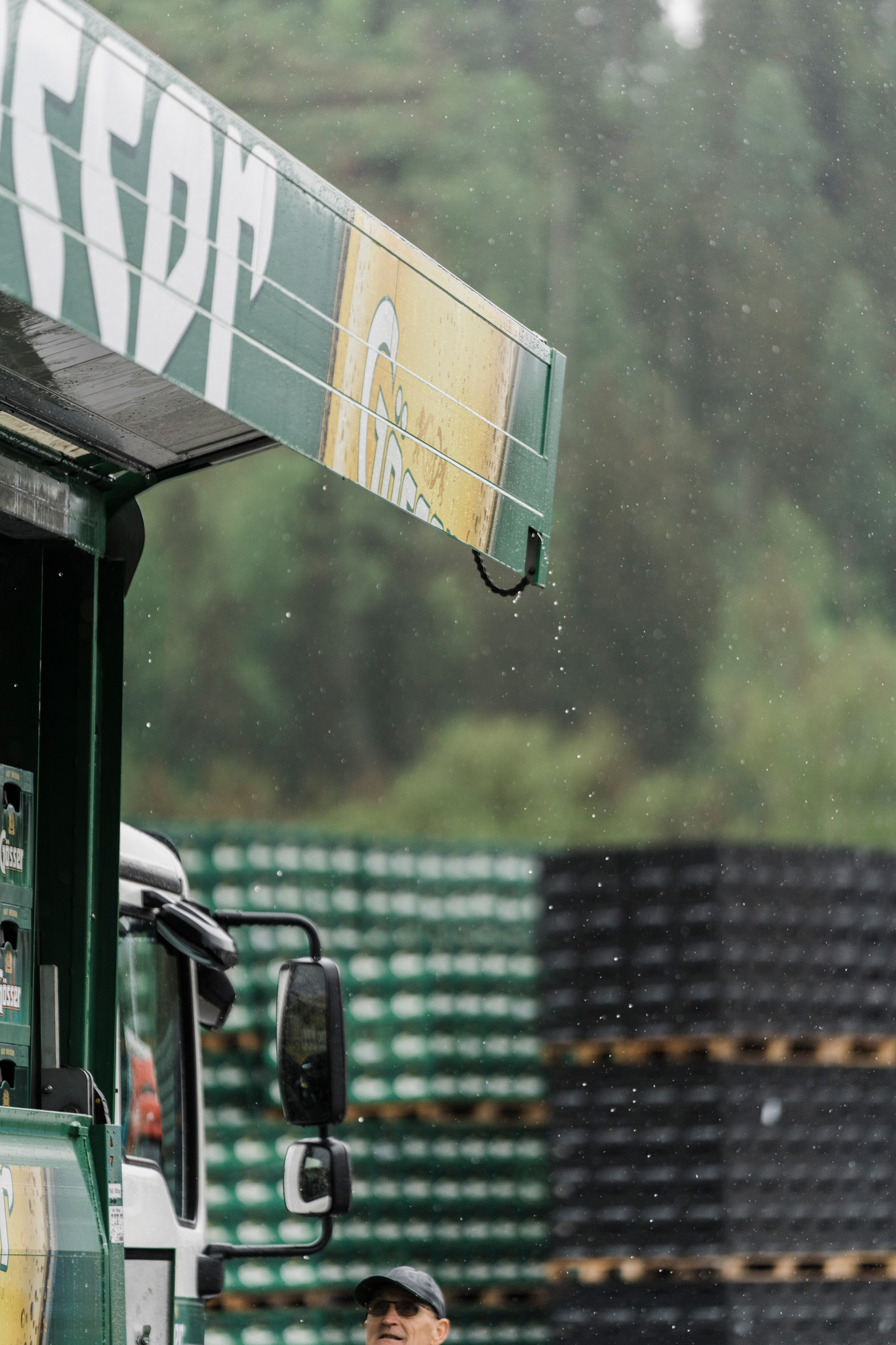 He works according to a simple principle: “It has to be 100% right for the customer and the company. Only then does it work for me too. I don’t care whether I’m finished an hour earlier or later, the main thing is that the customer has a smile on his face. Whenever I’m ahead of schedule, I’ll use the extra time just having a chat in the pub. I don’t look at the time, I look at the customers.” One thing he does always look at is his trucks. He treats them as if they were his own. Example: when he returned his truck, which was 10 years old at the time, it was in such good condition that it could hardly be distinguished from the new model. 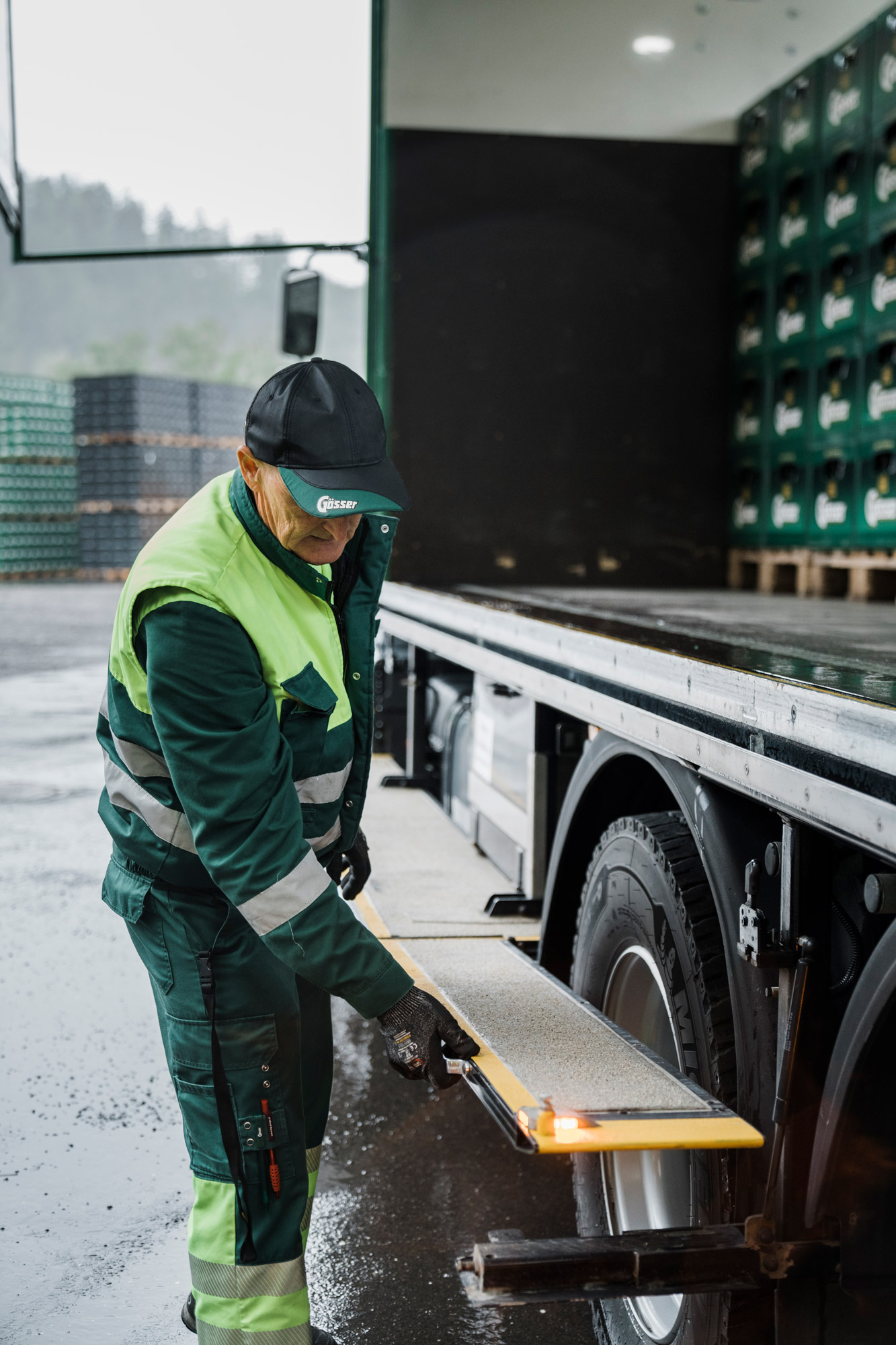 Another example? For presentations, his truck is always selected unseen, because you can be sure that it is in tip-top condition. That makes him proud. Just like his Wingliner, which of course, like the vehicles before it, he tends to and maintains diligently to ensure long-lasting service. Now the only question left is: whose long-lasting service – Wingliner’s or Heinz Inzinger’s? The answer: both! 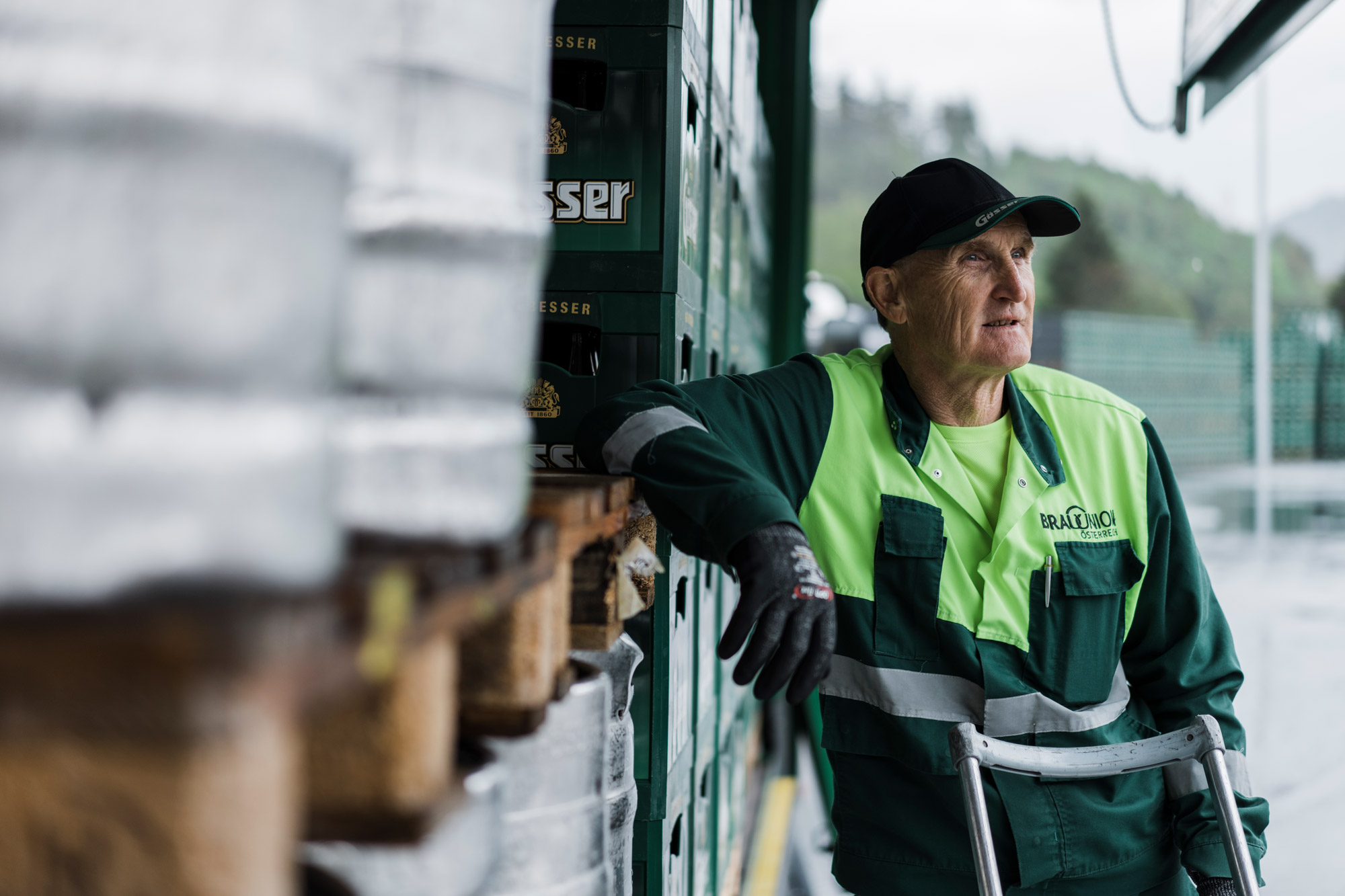